Trace elements are essential for normal development and vital for survival of an organism. The trace element iron that is part of haemoglobin is able to bind oxygen and ensures its transport to the body cells via ion transporters. During times of environmental stress, e.g. UV or heat exposure, the level of chemically reactive molecules containing oxygen increases dramatically in the human body. Normal cells are able to neutralize this so called oxygen stress. Some mutated cells have lost this ability.

Using X-ray fluorescence (μ-XRF) imaging, KIT scientists were able to examine inorganic element distribution in zebrafish embryonic eyes. Many elements were highly enriched in the pigment epithelial (PE) layer of the zebrafish embryo. By inhibiting mature melanosome formation, detected element levels and enrichment in the PE could be reduced.

These studies suggest that melanosomes in pigment epithelial cells protect the lens from oxidative stress during embryonic development, likely by buffering trace elements. 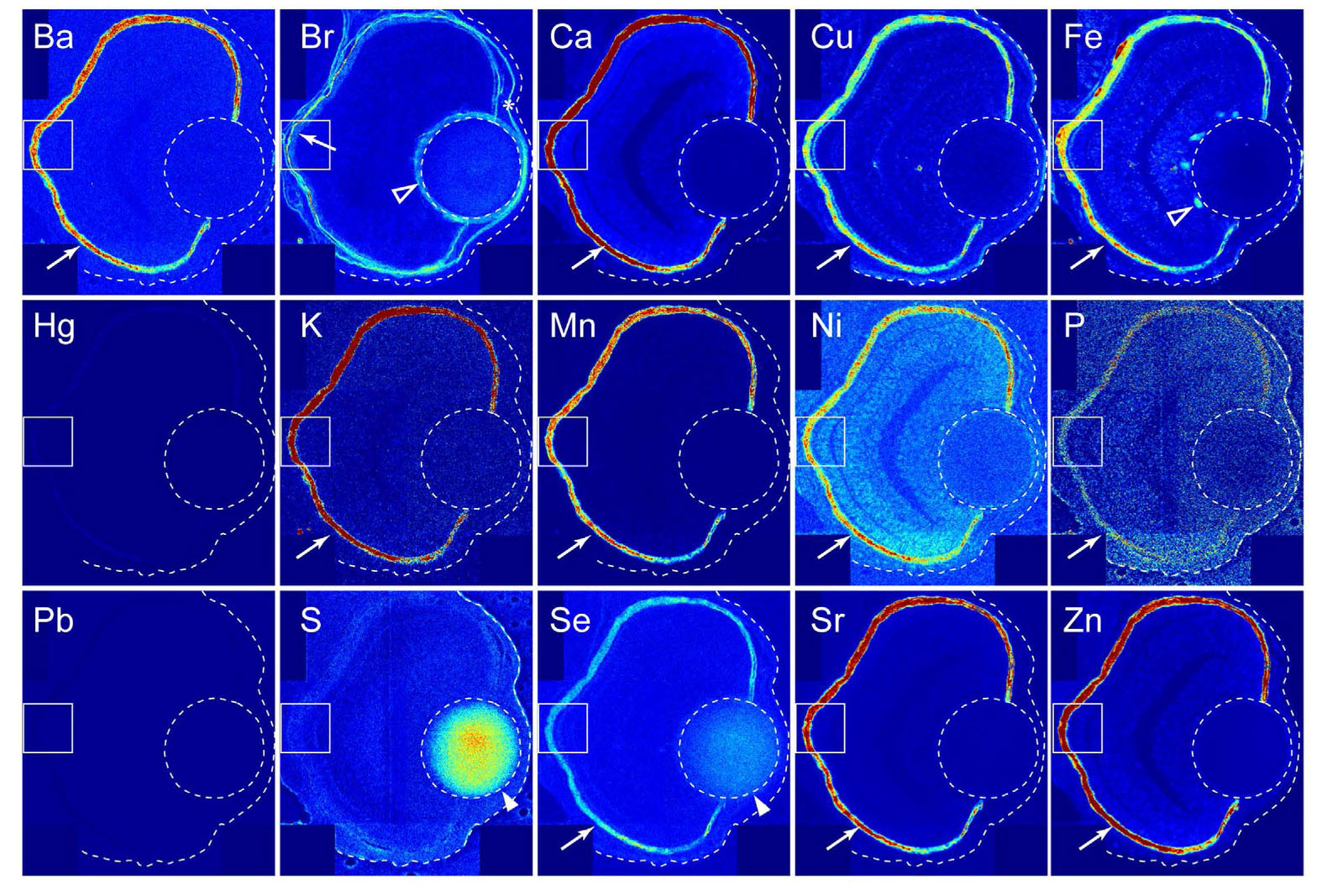 X-ray fluorescence images of the eye of a 3-dpf embryo: Localization of enriched elements in the RPE (arrows).