A new Phenomenon in an old Material: Giant Spin-Phonon Interaction Unveiled in EuO

Europium monoxide is a very rare ferromagnetic semiconductor that has been known to scientists since the early sixties mainly for its giant magneto-optic Kerr and Faraday effects, metal-to-insulator transition, colossal magnetoresistance, and anomalous Hall effect. The large exchange splitting of its conduction band along with its integration with Si and GaN currently favour this fascinating oxide as one of the candidates for applications as a spin filter in near-future spintronic devices. It is surprising that despite the intensive research on this material, its lattice dynamics remained to a large extend unknown until now.

Early Raman and inelastic neutron scattering studies reported the presence of spin waves in the vicinity of the Curie temperature Tc=69K with anomalies in their linewidths that remained unexplained. In addition, a reduction of the sound velocity and thermal conductivity have been observed at Tc and attributed to spin-phonon coupling, however, without direct experimental evidence.

Unexpectedly, the analysis revealed the presence of a remarkably strong and anisotropic spin-phonon coupling induced by the spin dynamics slightly above and well below the Curie temperature which have remained uncovered for decades. More precisely, a 5-fold increase of the full width at half maximum (FWHM) for the transverse acoustic (TA) phonons along the Γ-X direction (fig. 1 (a)) and a 3-fold increase of the FWHM for the longitudinal acoustic (LA) phonons along the Γ-K-X direction towards the boundary of the Brillouin zone (fig. 1 (d)) were discovered.

The linewidth broadening observed in the TA modes along the Γ-X direction stems from the fact that the energies of the spin waves (up to 6 meV) are closer to the energies of the TA phonons. Even though these energies do not match exactly, they span a comparable range such that the momentum and energy conservation of the spin-phonon coupling process is fulfilled. In contrast to the TA modes, the LA phonons show a pronounced broadening along the Γ-K-X direction. This observation arises from the fact that the LA modes modulate the shortest Eu-Eu distance, thus affecting the magnetic exchange interaction between the localized 4f electrons. This effect is particularly strong at the zone boundary, where the nearest neighbor atoms vibrate with opposite phases (fig. 2), which explains the increase of the phonon widths towards the X point.

Such strong coupling between magnetic (electric) and vibrational properties in materials paves the way towards the design of devices with new functionalities. In the light of spintronics applications, the discovered phenomenon suggests that the choice of single crystal orientation could be crucial for reducing the undesired spin-flips, thus sustaining the high degree of spin current polarization in EuO. 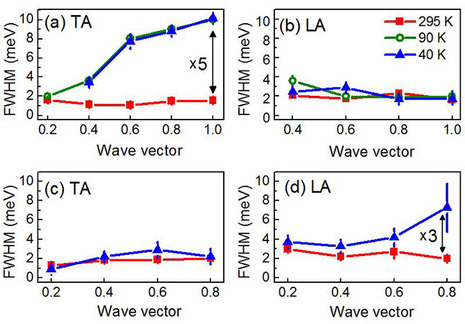 Fig 2: Animations of the spin wave in EuO developed in the vicinity of the Tc without (left) and with (right) coupling to the longitudinal acoustic (LA) phonons. Animation by R. Pradip, KIT.