The combination of these modes is an important step in understanding the structure of hierarchical materials on several length scales from nanometric building blocks up to the macroscopic arrangement. Aclassical example is the task of understanding structure formation during pulsed-laser ablation, which is used for producing ligand-free nanoparticles. This technique has the additional challenge of fast structure evolution.

We have developed lens arrays that take advantage of Hartmann imaging, not by employing hole arrays, but by focusing the incoming X-rays by compound refractive lenses. An optical setup with crossed cylinder lenses produced by direct laser printing [1] shows excellent contrast modulation, while a second approach, employing embossed parabolic lenses stacked to a compound array, promises to simplify upscaling [2].

We have verified the functionality both with known phase objects as well as by recording the ablation process in liquid with microsecond time resolution. Such multi-contrast imaging or even tomography may shed light on the distribution or function of hierarchical nanoscaled materials [3]. 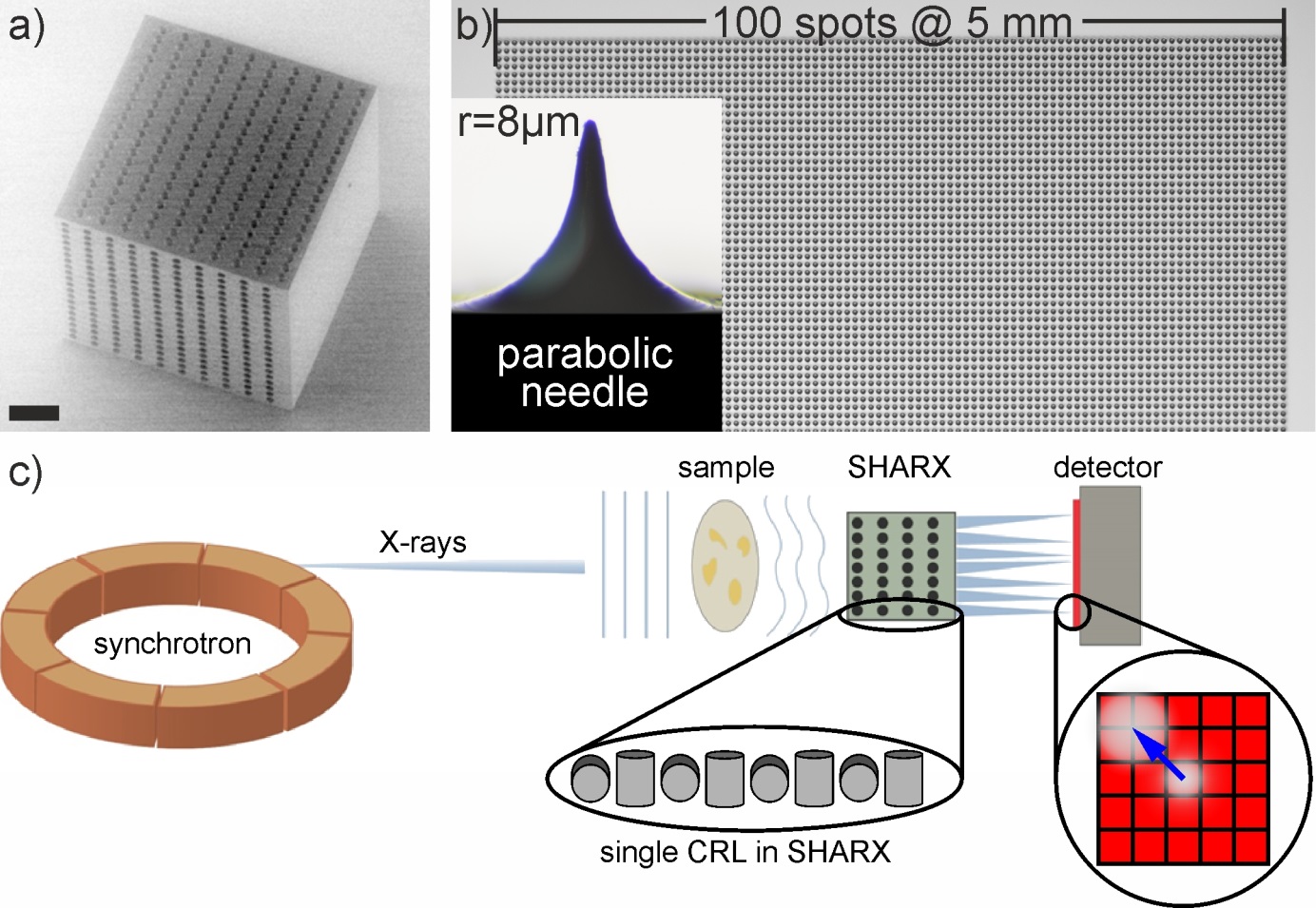 Fig. 1: a) Electron micrograph of a lens array formed by crossed cylindrical cavities inside a photoresist polymer (SHARX). The illumination crosses the cylinder stack through the blank side. b) Array of parabolic concave dimples produced by the specially formed needle in a polyimide foil as building block of a compound lens array (CARL). c) Setup for measuring the sample-induced beamlet modulation on a detector with high spatial resolution.