In contrast to simple ferroic materials, which exhibit either ferromagnetic, ferroelectric or ferroelastic behaviour, multiferroic materials exhibit a combination of these properties, all within the same material phase. As a result, they are of significant interest for novel applications which aim to combine switching, actuation and memory storage behaviour in single devices.

Platinum, deposited as a thin-film, is often used as the base electrode in such multiferroic systems, and optimizing and the growth conditions of such films represents a highly relevant issue that is of importance for controlling the crystalline quality and performance of ferroelectric oxides such as LuFeO3. In the case of most metals, including platinum, wetting of insulating substrates does not occur, and the growth of metal films on such substrates exhibits different stages, varying from 3D-island growth to the coalescence of single-crystal islands, and finally to the formation of elongated structures. 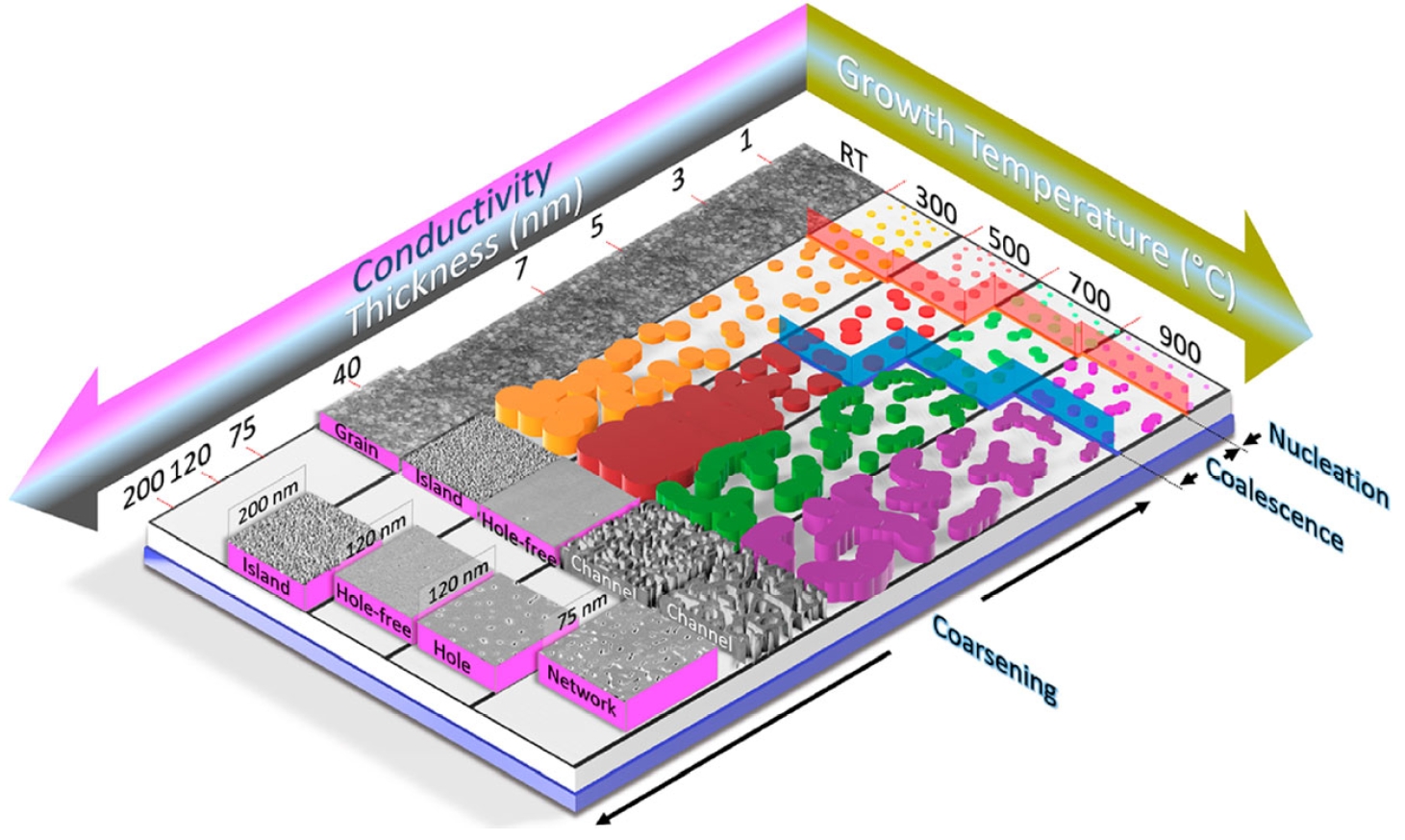 In the present study, we report the time-resolved monitoring of the growth and morphology of Pt thin-films during pulsed laser deposition (PLD) as a function of the effective film-thickness and growth temperature, using in situ grazing incidence small-angle X-ray scattering (GISAXS). By means of real-time analysis and modelling of the GISAXS patterns, we are able to  characterize fully the influence of growth temperature on the morphology and on the growth kinetics of the Pt layers, and determine parameters such as the critical effective thicknesses for the transitions between the nucleation, coalescence, and coarsening phases. 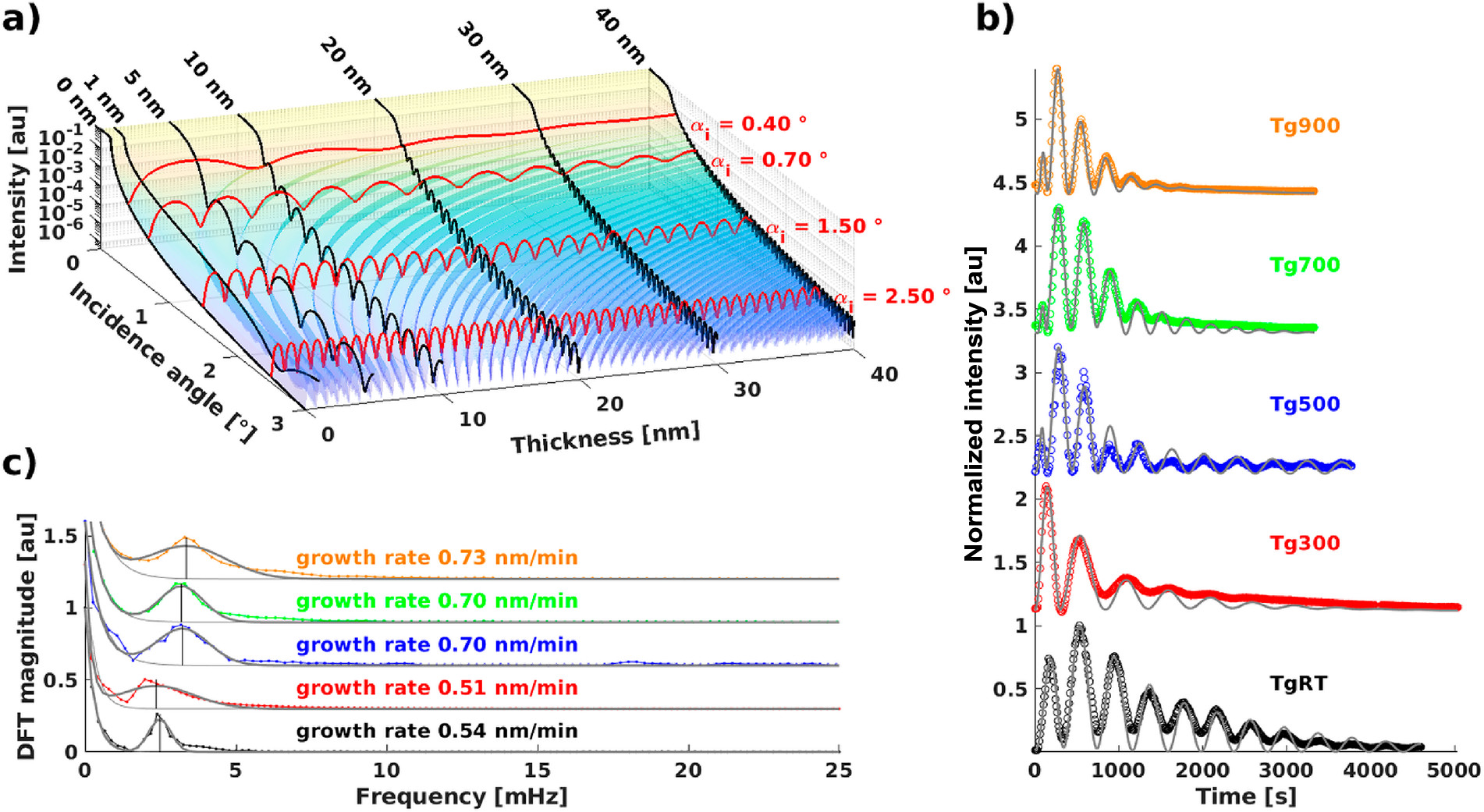 In-situ measured and calculated specularly-reflected scattering signals for different incidence angles and effective layer thicknesses, recorded during deposition. The experimental data are fitted by numerical simulations (gray solid lines) based on the assumption of monotonic evolution of the effective thickness and the surface roughness with the deposition time.

In combination with microscopic imaging and chemical mapping, we demonstrate the occurrence of a morphological progression in the PLD-grown Pt films, changing from grains at room temperature to a 3D-island morphology at 300 °C, and then to a hole-free structure at 500 °C, and finally to a channel structure for 700 and 900 °C. The film topography, as characterized by atomic force microscopy, favours the PLD growth of Pt layers at temperatures beyond 700 °C where the film is homogeneous, continuous, and hole-free with a flat and smooth surface. The simultaneous dependence of the percolation transition on the film effective thickness and on the growth temperature has been established by measuring the electrical conductivity.